After the webinar, the participants will be able to:

Matt is active locally, regionally, and nationally in several professional associations including the following:

Matt has a BS in Business Administration from Old Dominion University, and an MS in Public Administration from Central Michigan University.  Matt is a graduate of the 239th Session of the FBI’s National Academy and the Police Executive Research Forums Senior Management Institute for Police taught by faculty from Harvard’s Kennedy School of Government.

Prior to his retirement from the United States Army as a lieutenant colonel, Mr. Ulmer was the Associate Dean of Administration and Resources for the George C. Marshall European Center for Security Studies, a bi-lateral United States-German higher education institution that educates former Soviet Union and Warsaw Pact officials on the tenets of democracy.  In this position Mr. Ulmer helped develop graduate-level curricula for crisis management and emergency response programs for international military and civilian officials and was the academic support representative for the Center’s Distance Learning Program. Upon his retirement, he was selected to be the Director of Administration in Georgetown University’s School of Foreign Service, a position he occupied on September 11, 2001.

Mr. Ulmer has been a certified instructor for the United States Department of Homeland Security, teaching in its Executive Management Programs, which included workshops for executive-level emergency management, public health, law enforcement, fire and life safety, and elected and appointed officials throughout the United States.

Mr. Ulmer has been an active member of the New York City Building Owners and Managers Association (BOMA) Preparedness Committee where he completed numerous initiatives, including a study on best practices in hi-rise emergency preparedness planning in metropolitan areas (2005); chairing a task force which developed strategies to mitigate the potential impacts of a flu pandemic on the commercial real estate industry (2006); chairing a task force which developed the BOMA Hi-Rise Drill Book, a series of drills designed to increase preparedness in hi-rise building staffs (2008); and was the primary author of the BOMA/NY “Hurricane Sandy Lessons Learned Study” (2013). In 2010, Mr. Ulmer received the “Pinnacle Award” in recognition as BOMA/NY’s Outstanding Local Member of the Year, for his contributions to commercial real estate preparedness.  Mr. Ulmer continues to be an active advocate for business resilience and for developing realistic, workable and affordable emergency preparedness, crisis management and business continuity solutions for clients worldwide.

Ulmer is a frequent contributor on topics involving emergency preparedness in general and high rise buildings in particular.  He holds a bachelor’s degree in engineering from the United States Military Academy at West Point, a Master’s of Science in Administration from Central Michigan University, has graduated from Harvard University’s School of Higher Education Management Development Program and attended the inaugural MIT program on crisis management and business continuity.

Mark Wright is the Security, Life Safety Director for Brookfield Properties in the Houston Region. He has been in this position for over 20 years directing and administering security, emergency response, and training for the twelve Class "A" high-rise office buildings owned and operated by Brookfield Properties in Houston’s central business district. 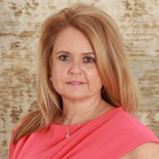 Tracy is currently the Business Development Manager for Tenure with Allied Universal Security. Her experience includes maintaining client relationships, developing prospective clients and providing value to the community in life safety and security through industry associations and partnerships.